The People Behind Realize Your Beauty: 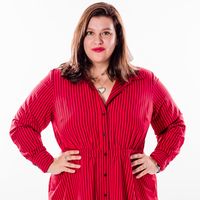 Stacey Lorin Merkl (Founder & Executive Director) is a native of Denver, Colorado. She holds a BA in Theatre Arts and a BA in French from the University of Northern Colorado. She has taught theatre and music to children and teens at various arts centers in Colorado, Seattle, Paris (France) and New York City. Stacey founded Realize Your Beauty, Inc. in 2010, combining her love of theatre arts with her passion for social change and education. She is a longtime volunteer for the National Eating Disorders Association (NEDA) and is a trained facilitator for NEDA’s Body Project. Stacey is also a trained facilitator of Confident Body, Confident Child, an evidence-based resource providing parenting strategies to promote positive body image, healthy eating and physical activity in children aged 2 to 6 years. She is a member of Endangered Bodies NYC, IAEDP Denver Chapter (International Association of Eating Disorder Professionals), AED (Academy for Eating Disorders), Colorado Nonprofit Association and the American Camp Association. 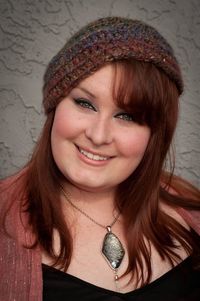 Kellie Amend (Board President) is honored to be the Board President of Realize Your Beauty. She has previously been involved with the organization as a consultant and advisor. Kellie comes to the board with extensive experience in management, event organization, and performance. She is the founder of TrebleMaker Productions, LLC, and the owner of Dance My Way, LLC. Understanding intimately the struggles that children face - the increasing pressure to conform to unrealistic standards and the unhealthy and dangerous tactics to gain approval from peers and society, Kellie is committed to Realize Your Beauty’s mission statement. She is excited to contribute to RYB her time, knowledge, creativity, and passion! 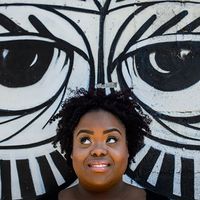 Francisca Diaz-Nobles (Board Secretary) Born in The Bronx interacting with many cultures and traditions, Francisca has always had a love and interest for diversity. In her previous nonprofit position, Francisca created and facilitated workshops on global issues to middle schoolers leading them to connect what was learned to their own neighborhoods and lives. She has also coached and mentored teens (13-17) and young people (8-12) in a program using the lens of ontology. Francisca currently works as a Director of Homework Café/Student life at Fusion Academy Upper West Side. She enjoys the multi-tasking of planning events, assisting with homework and having social interactions with the young people she works with. Graduating Cum Laude from The City College of New York with a double major in Anthropology and Black Studies, she has an interest in the lack of indigenous practices in learning institutions along with how important they are. Francisca also holds a Masters of Arts in Youth Studies from The CUNY School of Professional Studies, where she deepened her understanding of various hurdles that might get in the way of young people and their learning. In her free time, she likes to read, travel, and be silly with loved ones.

Hannah Read (Board Treasurer) is thrilled to join RYB as a Board Member after following and cheering on the incredible work of this organization for many years. She's eager to put her experience in nonprofit fundraising to work in support of RYB's mission. Currently, she's the Director of Corporate Partnerships & Donor Engagement at NYC Outward Bound Schools and previously she worked in Development at Greenwich House, also based in NYC. She graduated from Connecticut College with a major in Gender and Women's Studies and minors in Dance and Psychology. Her path first crossed with Stacey's when serving as a Board Member at Endangered Bodies, an organization committed to body diversity and love. 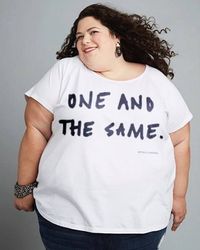 Jackie Schwartz (Board Member) is an award-winning FEMALE filmmaker. In 2014, she co-created and produced a digital series called Rare Birds of Fashion, which champions the plus-size community and female entrepreneurs. Since then, she’s produced three web-series, which have premiered and won awards at various festivals throughout the country. Her latest project is a comedy horror pilot in association with YouTube Studios and Troma Entertainment. In her daily life, Jackie is the Speakers' Bureau Executive at a major New York non-profit. She previously worked as an associate producer at Fully Branded Media, collaborating in the production of films such as: The Romantics, Margin Call, and Kill Your Darlings. Jackie is a proud advocate of self-love and is thrilled to join the board of Realize Your Beauty. She currently lives in New York City and is working on her satirical memoir: I Only Came for the Food. 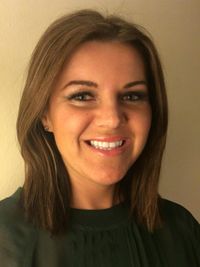 Mirjana Domakonda, M.D. (Board Advisor) is a child, adolescent, and adult psychiatrist and researcher at Hartford Hospital / Institute of Living, and an Assistant Professor Adjunct in the Department of Psychiatry at Yale University School of Medicine. Dr. Domakonda’s conducts clinical trials and uses neuroimaging to study the neurobiological underpinnings of childhood psychiatric disorders. Specifically, her research focuses on understanding how altered brain circuitry and cognition contribute to the development and persistence of eating disorders and obesity. Ultimately, she hopes to translate her research into novel therapeutic/pharmacologic interventions aimed at reducing the physical and psychological burden of these disorders. 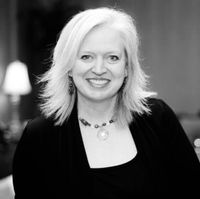 Christy Reeves (Board Advisor) has been a passionate advocate for philanthropy and community betterment for more than two decades. As the former CEO of I AM THAT GIRL, a global movement inspiring girls to be, love, and express who they are through education, content, and community, Christy is focused on empowering young women. A seasoned nonprofit executive, Christy has extensive experience building and sustaining organizations, with a successful record that spans strategic planning, program development, fundraising and advocacy. Prior to I AM THAT GIRL, she served as the CEO of Single Stop USA, a national anti poverty organization that has served over 1.5 million households connecting them to over $4 billion in resources. For eight years, she served as the Director of Community Relations for Blue Cross and Blue Shield of Louisiana and as the Executive Director of its foundation. Earlier in her career, Christy served as the CEO of the Girl Scouts Audubon Council. On the personal side, folks who know Reeves best speak of her charismatic personality, which some say she developed thanks to a Bachelor of Arts in Theater from Louisiana State University. She remains an active member of her local theater arts community. 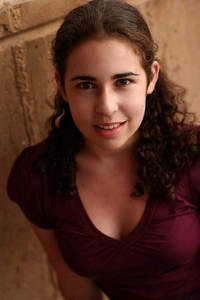 Catherine Weingarten (Resident Playwright) is a recent graduate of Bennington College where she focused in drama. Her one act play, Venus Mars and Torturous Change Your Life Intense Idealistic Love was a finalist in the school’s playwriting competition and was chosen and artistically directed by her playwriting professor, Sherry Kramer. Her short plays have been produced at such theaters as Project Y, Newborn Theatre Festival, Poetic Theater Productions, Wishbone Theater Collective and Piper Theater Productions. She is very passionate about positive body image activism and was an intern at NEDA and blogged for their teen site Proud2bme.org. She regularly explores themes of femininity, outsider-ness and body image in her playwriting work.

Do you live in the NYC area and are interested in joining our board?
Please submit your CV and Cover Letter to: info@realizeyourbeauty.org 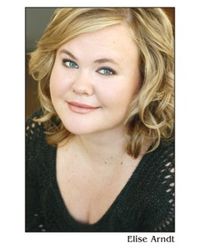 rndt (Actor) received her BA in Musical Theatre from American University and is a native of San Clemente, CA.  Previous credits include: the premier of Briar Rose and the Thirteenth Fairy (Fanged Fairy) at the Jan Hus Theatre in New York City, Love New York (Ensemble), Bare: A Pop Opera (Nadia), Measure for Measure (Mariana), The Who's Tommy (Minister's Wife), and multiple cabarets. She is thrilled to be jointing the Realize Your Beauty project,  and is grateful to be a part of this very important message. 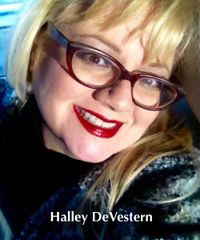 Halley DeVestern is an actor, singer, songwriter, voice actor, visual artist and teacher.  She earned a BFA in Acting from Boston University’s College of Fine Arts. A New York City native, Halley DeVestern has performed in Off-Broadway and regional theatre, film and television. As a singer, Halley has toured with Big Brother and The Holding Company (Janis Joplin’s legendary band) as their lead singer; she and The Halley DeVestern Band (co-lead by husband, co-writer and bassist Tom Heinig) have been recording and touring since 2006 and were in the running for a 2014 Grammy Award. Halley is thrilled to be a part of Realize Your Beauty's vital and impactful mission of Positivity. 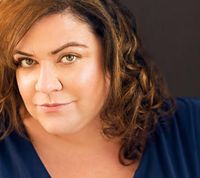 Janet Conroy-Quirk was born in Manhattan and raised in The Bronx and Central Massachusetts. She holds a BA in Communications from Fordham University at Rose Hill and an MSW from Hunter College. Throughout Janet’s social work career, she has served populations ranging from the homeless to older adults. Recent stage credits include off-Broadway and off-off Broadway productions of The Twelve Dates Of Christmas; Women Behind Bars; A St Patrick's Day; A Sketch of New York and Speed Court, which she co-wrote and co-directed. Janet is thrilled to join Realize Your Beauty, and to have found a way to combine her love of performing with her passion for the empowerment of women at all ages. 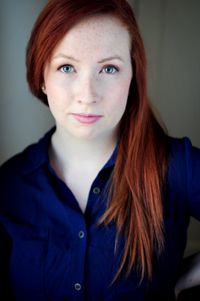 Leah Dubbin Steckel is a New York based actor, dancer, and vocalist. Originally hailing from Calgary, Canada, she is a graduate of The American Musical and Dramatic Academy and has spent the last few years involved in projects ranging from dance captain in Razia’s Shadow (Thrift Shop Productions), to songwriting and recording with Nevin Park Productions. Leah is beyond excited to be joining this amazing team!

Starr Kirkland (Actor) is an actress and poet from San Diego, CA. She graduated from the University of California, Santa Barbara with a BFA in Theater. As a writer and performer, Starr has used her spoken word to combat racism, violence, and bigotry, and to promote tolerance and an awareness of social issues. Some of the other programs Starr has worked with include: street outreach with The Storefront, an emergency shelter for youth; and Take Wing Transitional Living Community, a transitional living community specifically designed to break the cycle of homelessness for youth. She later started her own peer education theater troupe for at-risk youth, The Y.E.S. Program (Youth Expressing Self). Starr was a recipient of the Gandhi Nonviolence Award for her work in violence prevention in the community with specific emphasis on teen relationship and gang violence. Find out more here: starrkirkland.com 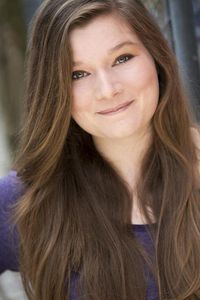 Sarah Gwynne Walker is a NYC based character actress! She is a graduate of Marymount Manhattan College where she earned her BFA degree. She’s thrilled to be joining the RYB team and honored to be able to help instill self worth and self acceptance to young minds across the five boroughs of Manhattan!